Are all Diamond Certificates the same?

Posted by Mark on February 2018 - Posted in: General News, 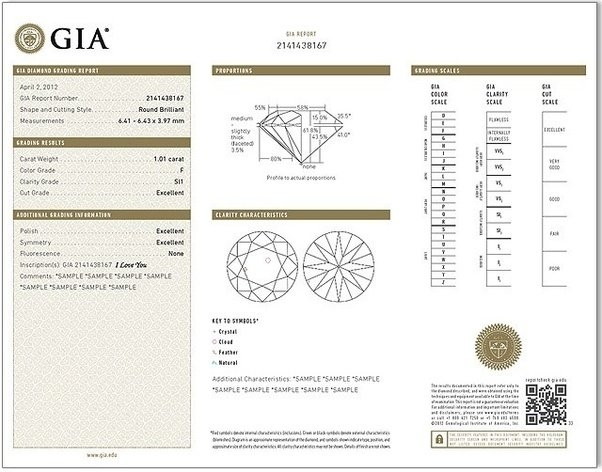 Are all Diamond Authentication Certificates the same?

What this question is really asking is do all the certificates that are out there and advertised by the various purveyors of diamonds accurately describe the quality of the diamond in terms of how well cut it is, its colour grade and how imperfect it is (known in the trade as how included it is), perfection being the complete absence of any imperfections at all which is quite rare.

Well the short answer to this question is no. Whilst there are many certificates around, they can be thought of in tiers of accuracy.

The best certificate by far is the GIA certificate with strict standards of grading and an unsurpassed international reputation for accuracy you simply can’t go wrong buying a diamond certificated in this way. That’s why we only sell rings for engagement with this certificate if any single stone in the ring is 0.30 carat or over. Below this size GIA certificates aren’t really available or cost effective as any inclusions they would pick up would be too small to matter anyway so a lower tier certificate would be adequate.

GIA stands for the Gemological Institute of America, which its where it originates but they have laboratories for conducting grading all over the world and they have the associated international recognition.

The next tier down would be certificates by Anchor Cert, EGL, HRD and IGI (not to be confused with IGL offered by some suppliers which is a much lower tier certificate). These and only these could be thought of as acceptable certificates but are more lax in their standards than GIA so we do not use them.

There are other certificates out there (for example IGL) that are just meant to offer unwitting customers a cheap diamond with something that says it’s the grading of colour and clarity etc. they are looking for. What they are really getting is a cheap diamond that would fool no one on close inspection.

At the end of the day its all about standards. The grading a laboratory technician is essentially that technicians opinion as to what grade the diamond is. If the technician is only loosely controlled as here are no or few formal standards to adhere to the resulting certificate is just his opinion and opinions can differ widely between loosely controlled technicians! So we would advise always to go for the GIA diamond, it will be slightly more expensive but you will get what you pay for.

More articles about:
General News
Next Article
What is Palladium?
Back to Archive