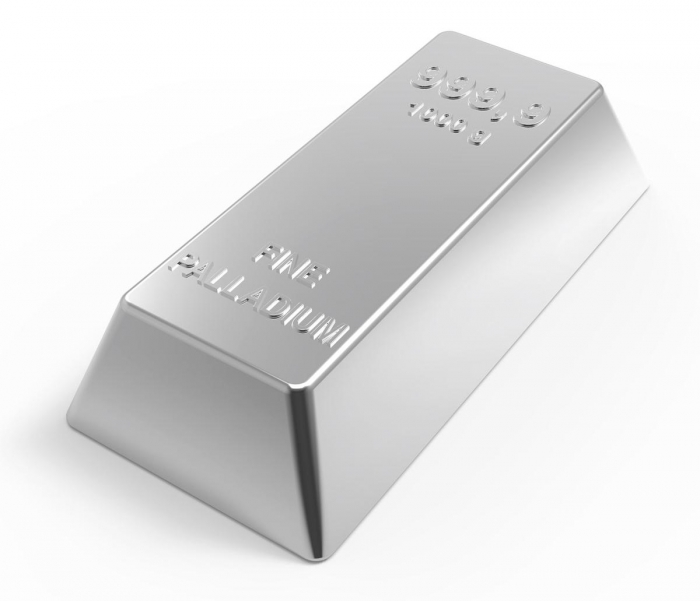 In 1802 an English chemist and physicist William Hyde Wollaston discovered the element Palladium (which has the periodic table designation of “Pd”) whilst he was trying to purify Platinum. A very clever man he also discovered during his experiments electromagnetic induction and designed one of the first batteries.

Is Palladium used in Jewellery?

If you asked 100 people in the street what metals they know of that are in Jewellery I wonder how many people would spontaneously say Palladium?, probably not many. Now that’s a shame, because, it has so much to offer as a metal where it is increasingly gaining popularity with those who want the look of Platinum but without necessarily the expense of that metal.

In fact ithas been used in jewellery since the 1930’s but only became classed as a precious metal in 2010. Since then it has steadily gained in popularity not least for the fact that is less expensive than platinum whilst having very similar properties.

The metal is actually from the same family of metals as Platinum with very similar characteristics. It’s hard wearing, though not quite as hard wearing as its brother metal. It does not tarnish because it does not react with oxygen and it has been recognised by the UK Assay Office with its own Hallmarks.

It is actually lighter than its brother. This can have advantages for people who are not used to wearing Jewellery and prefer the lighter touch. It also does not need rhodium plating or over time re-plating like white gold and keeps its colour throughout its life.

When scratched or dented unless the action is aggressively gauging, it has the curious ability to not lose its metal. The metal is just displaced which means that a little polishing by an expert jeweller will restore it to new condition.

What grades of metal are there?

There are essentially two grades of this metal used in Jewellery which are grades 500 and 950. Both are alloys and are combined with silver to make up the alloy. The 500 is 50% Palladium and 50% silver, the more precious and therefore more costly 950 is 95% Palladium and 5% silver. Both of these options are available on this website so, whatever your means, there should be an affordable option for you to own some of this remarkable metal.

Below you will see an image of an 950 hallmark for the two metals. Can it be used with diamonds?

If you are wether it can be combined with diamonds in the same way as its brother to add that bit of extra sparkle, the answer is yes! All the Diamond Rings that we have on offer feature the ability to have them in Palladium. Just choose a design that you like and when you enter into the product detail you will see a drop down box for you to choose the metal. Usefully this will also give you an easy means of comparing prices. Do this and you will see just how good value this metal can be. Below is just one example of our these rings which just how good it looks with diamonds. Can you tell the difference between the two?

Unless you examine them closely when together it is indeed difficult to tell them apart as their respective colours are very similar. On the hand it is easier to distinguish between them as Palladium is noticeably lighter than Platinum.

Will they scratch, dent or tarnish?

Any metal even Platinum which is the most dense metal and therefore the hardest of the jewellery metals will scratch or dent if they knocked hard enough or rubbed against abrasive surfaces. But as already mentioned when Palladium is scratched or dented metal is not lost, just moved so the rings can easily be restored.

Which one is rarer?

It may be a surprise to know that Palladium is up to five times rarer than platinum. The fact that it is also the lower cost of the two will be down to demand, not rarity, but this may change as it becomes in shorter supply.

What is Palladium alloyed with in Jewellery?

Our manufaqcturers use just one metal to alloy with Palladium which is silver. So whilst different styles of rings are made by different manufactures the rings will be identical in colour. So it doesn’t matter which ring from our range you choose, if you choose another style of ring for your partner the colour of the two rings will be the same colour and consistency.

How are the rings made?

Because of the nature of it as a harder metal it is not moulded in the same way a gold ring might be. Generally the method is to cut the ring off from a metal rod then use a sophisticated computer controlled machine called a CNC machine to create the ring. This gives the basic ring which is then hand polished and finished to make it perfect for that special day, and for the rest of the wearers life.

How much does it Weigh?

As a rule of thumb Palladium weighs just over half that of Platinum and eighty percent of 18ct gold so it is ideal for those who are not used to wearing jewellery and would find something heavy on their hand intrusive or worse annoying!

How much do rings cost?

The best possible answer to that is it depends. Relatively speaking it’s a similar cost to white gold but significantly cheaper than Platinum. The ring below is one of our 4mm medium traditional court rings and costs from £144*. However the 2mm wide light version of the same ring costs just £58*

*Based on the price of Palladium bullion at the time of writing.

More articles about:
General News
Next Article
Help Choosing Wedding Rings
Previous Article
Are all Diamond Certificates the same?
Back to Archive